(Yesterday is history, tomorrow is a mystery)

Welcome to  Concierge History Tours. My name is Jonathan and I would like to show you some of the wonderful Historical locations in Oxfordshire, Buckinghamshire and Northamptonshire in my Oxford Blue Rolls Royce Silver Shadow Mark 2 and Cambridge Blue Bentley Turbo R.

I am a former History master from a large and well known Independent School near Buckingham and I intend to take you to various historical sights and educate and entertain you.

Since it is bespoke you can choose which areas of history and their locations interest you. You could choose Sulgrave Manor, the ancestral home of George Washington and/or Stowe House, currently an independent boarding school and the former palatial home of the Duke of Buckingham and Chandos, and/or Canon's Ashby, one of the former monasteries dissolved on the orders of King Henry VIII.

Alternatively you can visit Blenheim Palace, ancestral home of the Duke of Marlborough, military genius of the 1700s and birthplace and grave of the greatest Englishman, Winston Churchill. There is an opportunity to visit delightful villages in the Cotswolds such as Bourton on the Water and on the Thames at Henley upon Thames, where the world famous regatta takes place.

Trips further afield can include Hampton Court, a Tudor palace built by Cardinal Wolsey and stolen by King Henry VIII (explore the Palace and come to understand the ramifications of the Royal Divorce, the confiscation of land from the Church of Rome to the spread of the Church's wealth amongst the landed gentry and merchants and its eventual impact on liberty and the growth of the British Empire).

Please note that until further notice, all tours will be subject to Government restrictions over Covid-19. 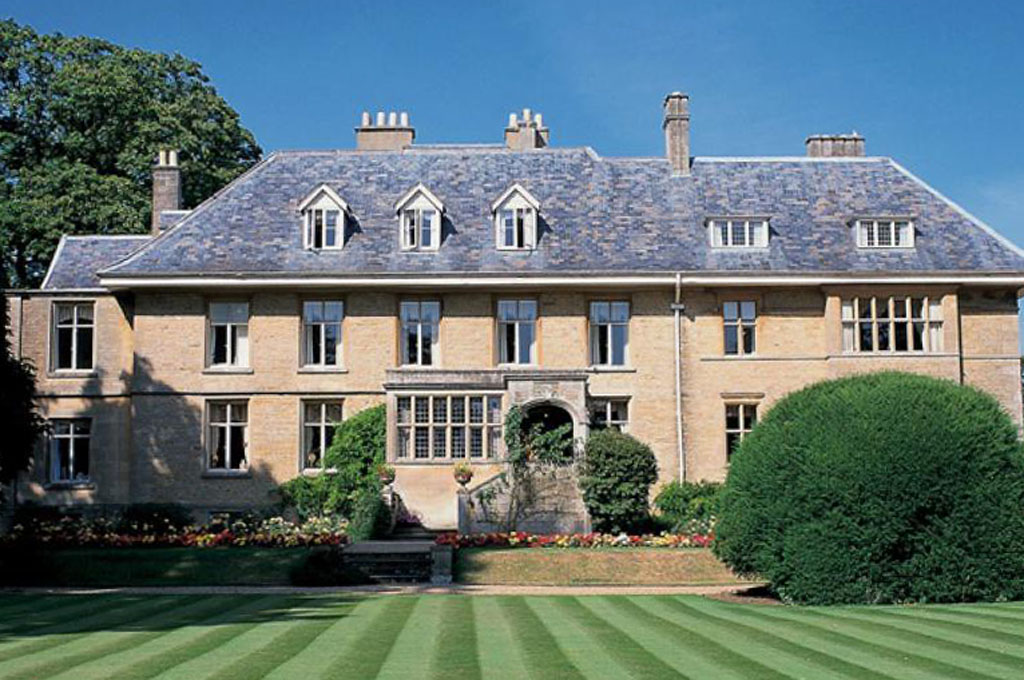 Lasting three hours, this tour departs at 9.30am from Oxford or your Cotswolds location and returning at 12.30pm, or a 1.30pm departure returning at 4.30pm. We will visit destinations like Rousham Gardens, Waddesdon Manor, Blenheim Palace, Downton Abbey locations (Bampton, Cogges Farm and Swinbrook ), and Henley upon Thames. You can have morning coffee or afternoon tea at Henley upon Thames, Burford, Bibury,
Bourton on the Water, or at the Slaughters. This is a bespoke service, so enquire for further details and possibilities. The tour is for a maximum of three people. 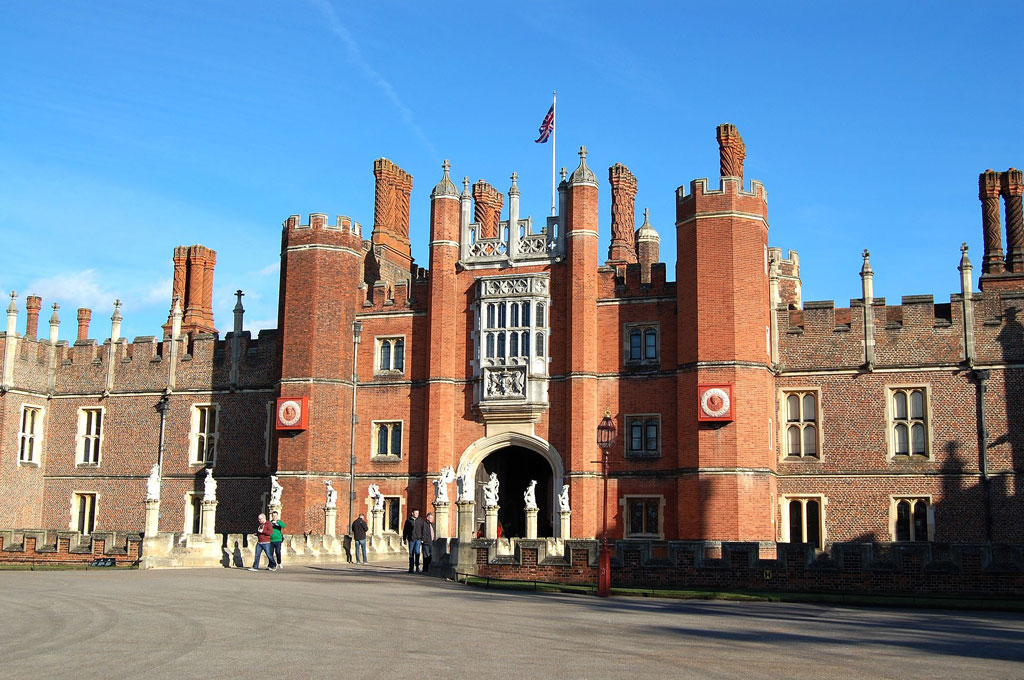 Visiting Hampton Court Palace, built by Cardinal Wolsey, Lord Chancellor to Henry VIII, who unable to arrange a divorce for Henry to marry Ann Boleyn, lost his power and in order to placate his master, he ‘voluntarily’ gave up this palace. See the Chapel where Henry was told of the infidelity of his young queen, Katherine Howard, the corridor haunted by her screams as she tried to beg for her life. You will also see the structure of the King’s Council, the Great Hall where Henry dined and the great kitchens, and the formal gardens and Maze. We will have tea at the Phyllis Court Club in Henley. 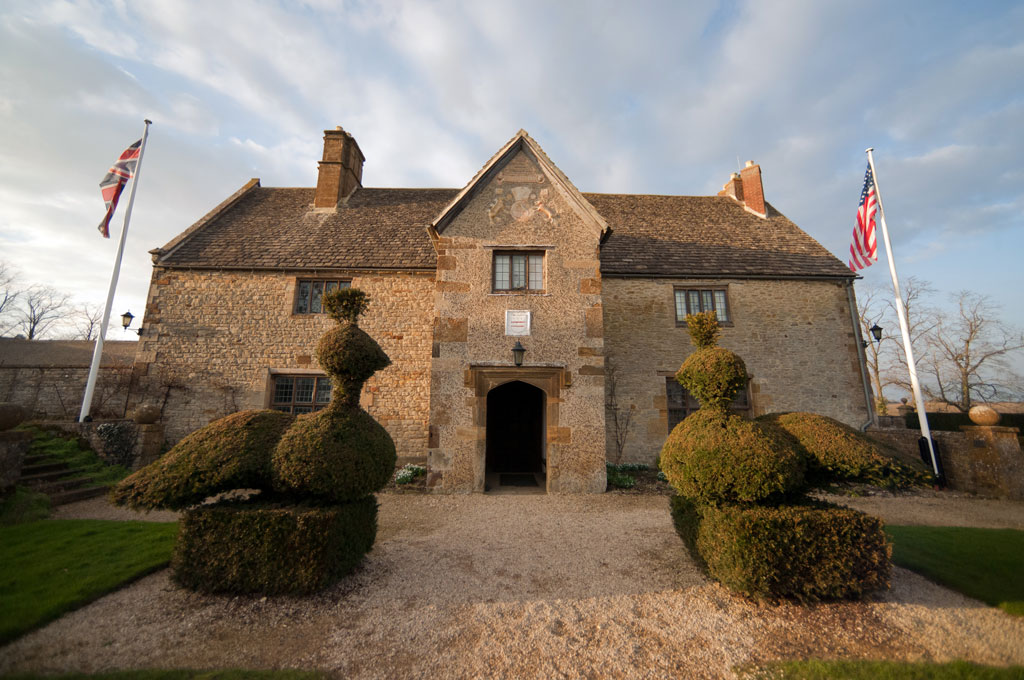 Visit the designer Bicester Village outlet using your discount card, and/or Sulgrave Manor, ancestral home of George Washington, or Waddesdon Manor, the sumptuous French chateau of Lord Rothschild and/or Stowe House, ducal palace of the Dukes of Buckingham, and their famous gardens. Nearby is the Bletchley Park exhibition about ‘Enigma’, that helped defeat the Nazis, or visit Canons Ashby, rebuilt from a ‘dissolved’ Henrician Tudor monastery. Drive a tank cross country and crush a car at Tanks-a-lot, or fly in a Tiger Moth biplane (both need pre-arranged notice and come at an extra cost). 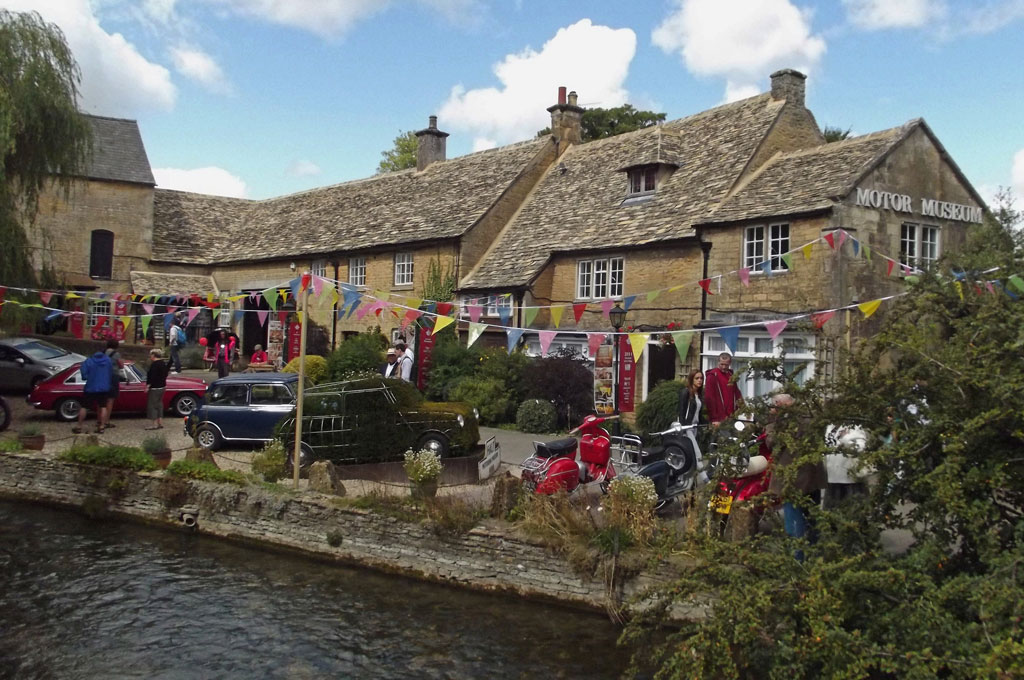 We drive to the ‘chocolate box’ village of Bibury with its streams and ponds before venturing to Bourton On The Water for antiques and cream tea or luncheon. We then visit Blenheim Palace built by John Churchill, the great English general of the Marlborough Wars who was given a dukedom and built the palace where his descendant, Winston Churchill was born and we also visit  the grave of  Churchill, the greatest Englishman, the man who ‘gave England its roar!’ in World War Two and cemented the ‘Special Relationship’ between the greatest English speaking peoples. 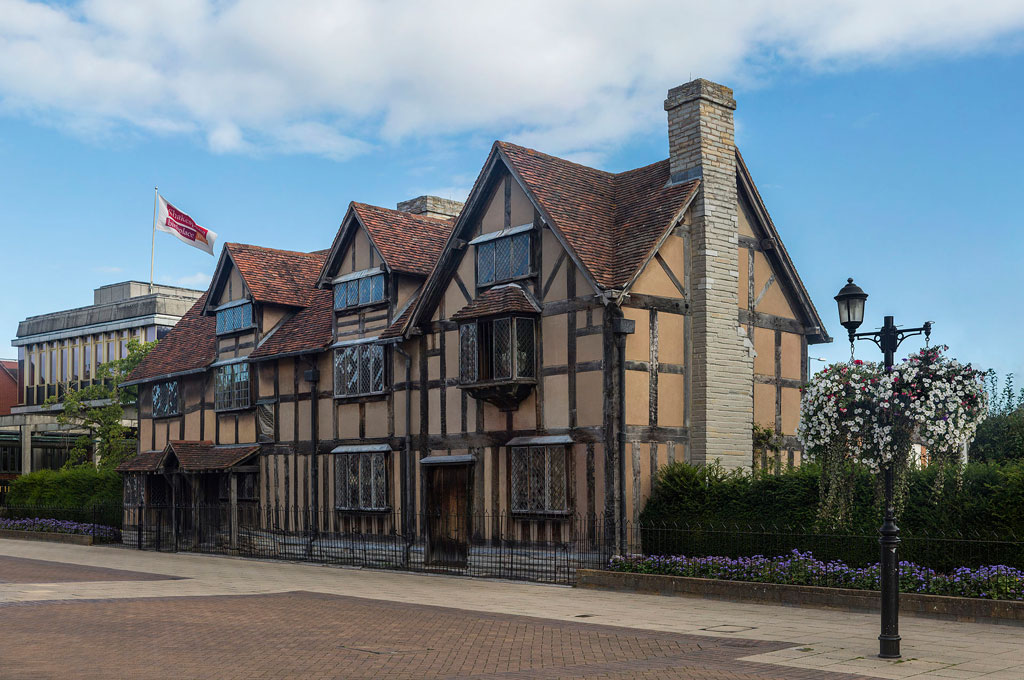 After an hour’s drive from Oxford we visit the birthplace of Shakespeare, England’s greatest writer and poet, at Stratford upon Avon. Next on our route are the cottage where Anne Hathaway, the Bard's wife, resided, the Royal Shakespeare Company’s purpose-built theatre, and various other places of note in this world-famous literary town. For all you ‘culture vultures’, this itinerary can be combined with the fascinating automaton museum in Compton Verney or Warwick Castle for a view of a medieval castle which has been fully restored and is a great historical resource.

The Gin & It
Tour 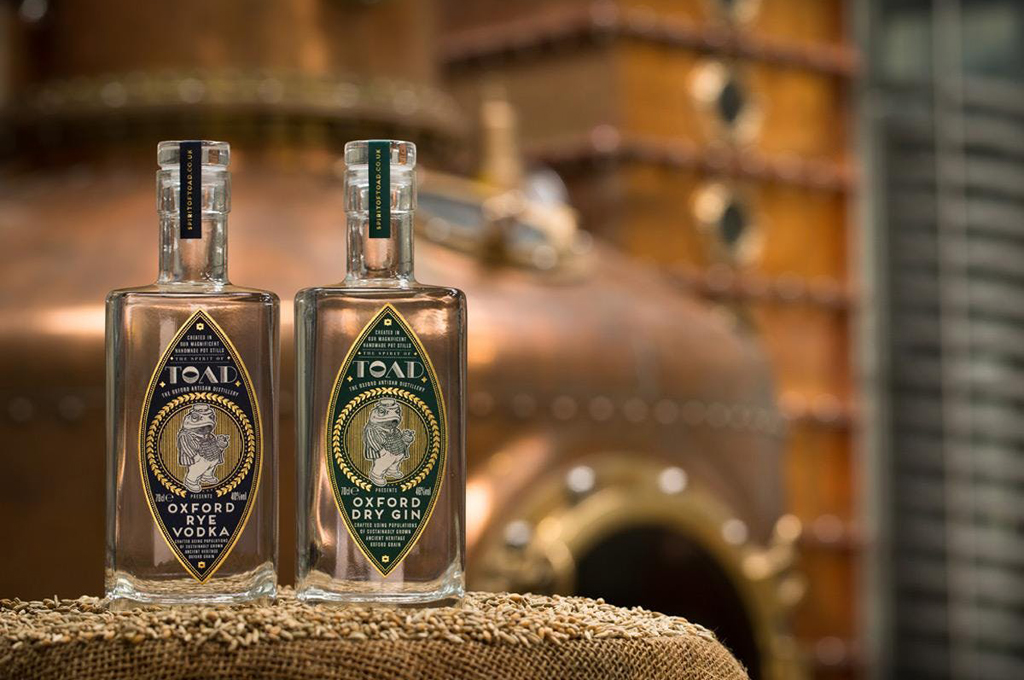 These bespoke tours would be suitable for businesses that want to reward valued customers or successful sales teams. The tours would commence with a pick-up from a chosen location followed by a visit to the Oxford Artisan Distillery where they will be given a private tour. Lunch at the Bear at Woodstock or the Randolph would be next, followed by a visit and tour of Napton Cidery and/or the Hook Norton Brewery before drop-off at the pick-up location. This would be valid all year round. Please note that the cost of tours at the distillery, cidery, and brewery are not included in the price. 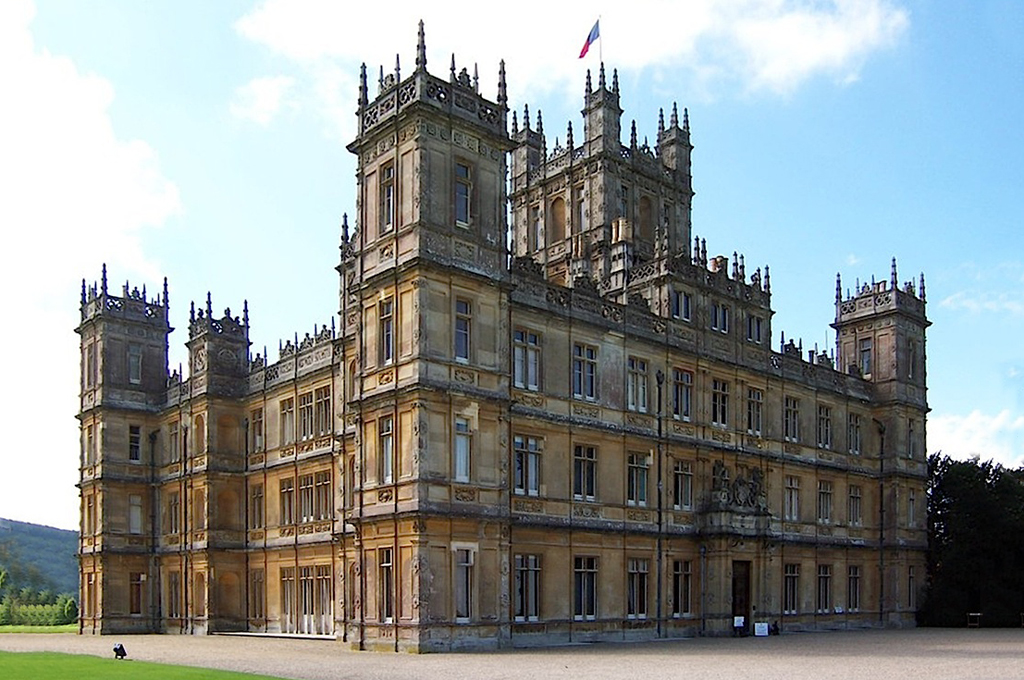 We visit TV and film  locations from Downton Abbey and Morse  in the picturesque Cotswolds countryside. We then travel through the iconic English villages tracing the impact of the Medieval Wool Trade wealth on the creation of churches and other religious sites and the eventual dissolution of the monasteries by Henry VIII and its effect on Tudor life and politics, which eventually led to the English Civil War, the Protectorate, and Restoration between 1644-1660. We will visit the battlefield sites of Edgehill and Stow in the Wold, the first and last battles of the First English Civil War.

All tours are in English.

Luncheon is always arranged at good examples of fine dining.
Cost of tickets for extra activities is  included in package prices; however, cost of food is not.

“What a delightful treat it was to have the perfectly attired and gracious Mr. Jonathan Sayers chauffeur us about the English countryside as he offered a colorful narrative of intriguing local legends and historical facts about  each of the areas and villages he surprised us with. We had chosen in advance several specific destinations which in a timely manner Mr. Sayers whisked us off to in the comfort and style of his vintage Rolls Royce. His attentiveness allowed us to arrive and depart each location with ease, sip sparkling water and champagne along the way and even make a spontaneous roadside stop to photograph a lovely field of poppies we happened upon. Jonathan offers an opportunity to experience any adventure in unpretentious luxury, with friendly accommodating care, a dose of fun, and witty, intriguing conversation. This is a lovely way to tour England. Highly recommended!”
– Valerie, United States, May 2022

“Jonathan and his Silver Wraith presented Jay with one of the most memorable days of his life! I am so happy that I booked this outing for my husband’s  85th birthday. Jay’s dream of riding in a Rolls Royce came true courtesy of Jonathan Sayers! Jonathan’s affable demeanour and being wafted in a Silver Wraith made our day so very enjoyable. Jay tells me that he is constantly replaying his mental video of The Spirit of Ecstasy regally floating  to our destination in the Cotswolds.
Jay and I quickly developed a rapport with Jonathan and this made our outing even more memorable. Jonathan’s help with Jay’s mobility issues made our day stress-free. All in all, Jonathan and the Silver Wraith make an unbeatable combination.”
– Kate, April 2022

“We were picked up from our hotel in Oxford in a Bentley, to visit beautiful Waddesdon Manor, home of the Rothchilds, and Sulgrave Manor. We went on to have afternoon tea at the Phyllis Court Club in Henley. Jonathan told us many funny anecdotes, including the nickname of the Buckingham Yeomanry when commanded by Rothschild as the flying foreskins" – a really fun day out!”
– KT, September 2021

“We were invited to meet Jonathan for breakfast at the Caledonian Club in London, which turned out to be a wonderful start to the day. After some amazing pastries and coffee, off we went in the Rolls to Blenheim Palace, and then on to the Cotswolds. Jonathan was great company, a fountain of knowledge and a lot of fun! Thanks Jonathan, we loved the day, such a treat to be driven around in style – we highly recommend you to anyone wanting a special day out with a history lesson included!”
– CS, October 2021

“The entire tour was memorable! Jonathan was so very knowledgeable and personable. He is such a great ambassador for the UK! It was a great pleasure to have been taken all around this scenic area including the various Cotswolds communities. The major disappointment, however, was that Blenheim Palace was closed to all visitors but Jonathan did make every effort to take us to the Churchill gravesite and church and to all other areas of interest we requested including Oxford. Jonathan did spend more time with us than the three hours allotted for the tour. All things considered, it was a great day and one we will remember forever! BTW we loved his American flag bowtie!"
– Dennis & Evelyn Mondragon, February 2022

Thank you! Your submission has been received! We'll be in contact soon.

Oops! Something went wrong while submitting the form